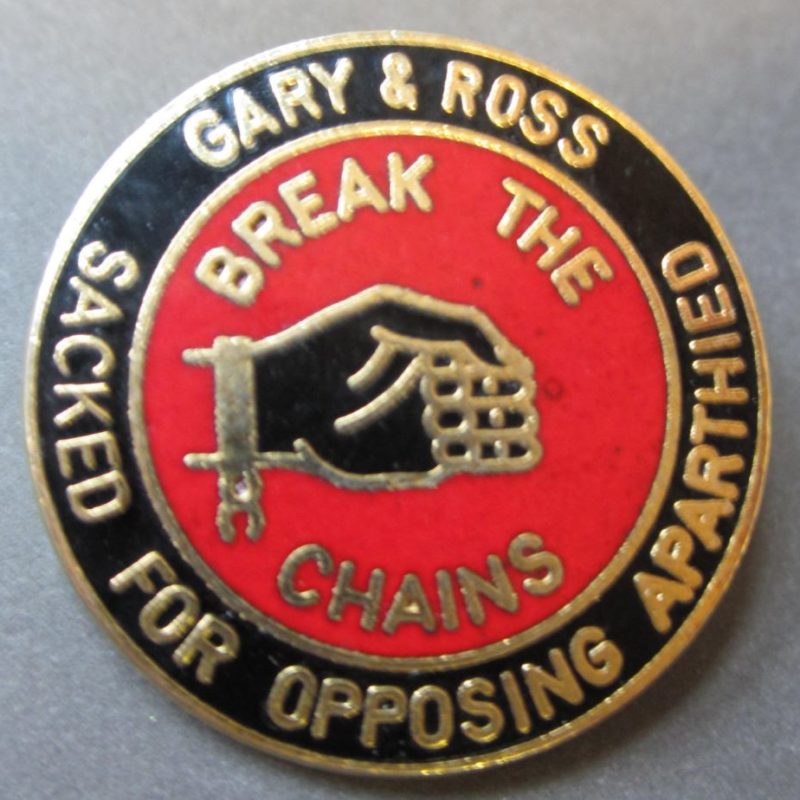 In the 1980s, people in Leicester joined millions around the world to campaign against the racist apartheid laws in South Africa. They refused to buy South African goods and demanded that companies and governments did the same. In July 1989, campaigners Ross Galbraith and Gary Sherriff discovered the company they worked for had accepted a contract to supply goods to the South African army. They refused to work on the contract and were sacked. Their sacking led to a year-long campaign for sanctions against the apartheid system in South Africa.

Under apartheid, sport in South Africa was racially segregated and only white South Africans were allowed in the national rugby team, the Springboks. In 1992 the Springboks toured Britain despite an international boycott of South African sport and opposition to the tour. The Springbok Reception Committee held protests wherever the team went, including Leicester. In November 1992, nine anti-apartheid activists were arrested near the Leicester Tigers’ rugby stadium as the police believed they were planning to cause criminal damage to the pitch to prevent the match from happening.

These are examples of nonviolent direct action that were part of a sanctions movement that aimed both to embarrass and isolate the South African regime and harm its economy. Why do you think these tactics were so successful? The Tactics section of our website www.economicinjustice.org.uk shows a range of tactics used by the Anti-apartheid Movement, the Campaign Against the Arms Trade and others. What actions could be successful in drawing attention to human rights abuses and injustice in another country, and would you consider taking such action?