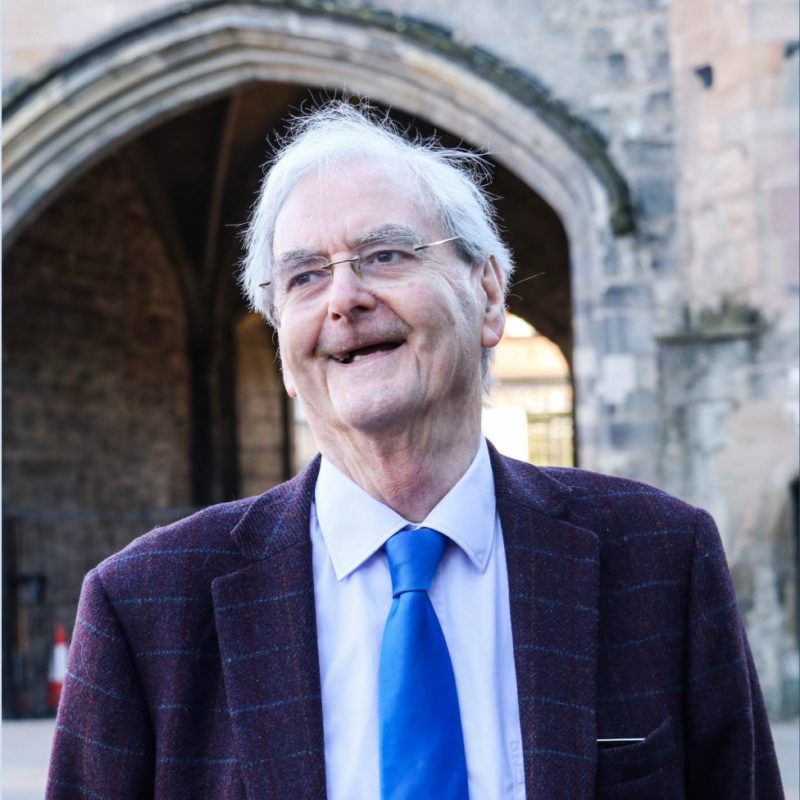 Bernard pioneered the Liberal Party’s commitment to removing legal discrimination based on sexual orientation in its 1979 general election manifesto. He was the first openly gay man to hold national office in a UK political party.

Bernard Greaves, one of the first generation of openly gay campaigners for LGBT+ equality, has been a leading advocate for over 40 years. A prominent figure in the public life of Leicester, Bernard chaired an NHS trust, served on the Leicestershire Police Authority, and has been active in the economic development and regeneration of disadvantaged communities. In 2019 he received the President’s Award at the Liberal Democrat conference in recognition of his lifetime of campaigning for and supporting LGBT+ people. In the same year, he was given an Honorary Degree (Doctor of Laws) from the University of Leicester.

Bernard and a colleague from Leicester Lesbian and Gay Action exposed how police would entrap gay men by inciting them to make advances to undercover police officers in public toilets. Consequences of prosecution could be devastating for the men, destroying marriages and family relationships and ending professional careers. Bernard circulated a detailed report describing police operations to a large number of public figures locally and nationally. As a result of his campaign, the Leicestershire force pioneered liaison with the LGBT+ communities that continues today.

Gay, straight, nonbinary and cisgendered people can all be involved in action for LGBTQ+ rights through political action, and also in our daily lives: not making assumptions about gender or sexuality, being sensitive to how people want to be described, allowing space for gay, lesbian and trans expression, challenging stereotypes and prejudices and offering positive allyship.

The policing of gay people that happened in the UK until recently, as described here, is still common – and far, far worse in countries where homosexuality is punishable by death. International solidarity action is therefore important.

By publicising Bernard’s story as a local hero, Leicester Journey to Justice were themselves taking action. There are unsung trailblazers for justice in the histories of every place in the country – as the stories across this site show. Why not unearth the stories in your community and share them?