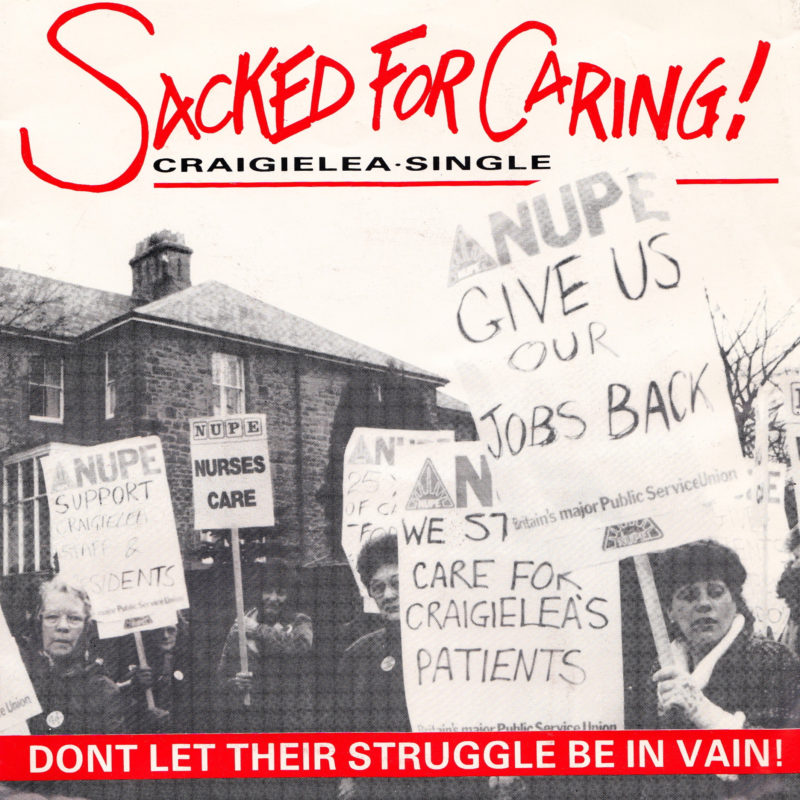 In 1988, an employer at the Craigielea Care Home in Gateshead sacked 19 members of staff, some of whom were long-serving nurses and carers at the home.

The National Union of Public Employees had previously given notice of a 12-hour stoppage over the attitude of the matron, the lack of a proper disputes’ procedure and the treatment of patients. However, new anti-union laws introduced by the Thatcher government allowed the employer to sack staff and refuse to negotiate.

In response, former staffers organised with the union to call for their re-instatement and fair treatment and the Craigielea campaign was born. They recorded a song describing their struggle entitled, Standing Strong, Holding On. This was successfully taken up by trade unions, the labour movement and local radio and TV which effectively promoted their campaign.

The play Sacked for Caring! came out of campaigners’ contact with Richard Stourac, a lecturer in charge of Theatre Studies at Northumbria University. Two students agreed to work with the sacked workers in order to tell their story and the play, with the sacked workers as actors, toured all over the north and eventually to the national Labour Party conference.

The campaign lasted nine months and although they were not re-instated, the creativity and hard work of the sacked staffers led to new job opportunities and condemnation of the employer, including by the Bishop of Durham.