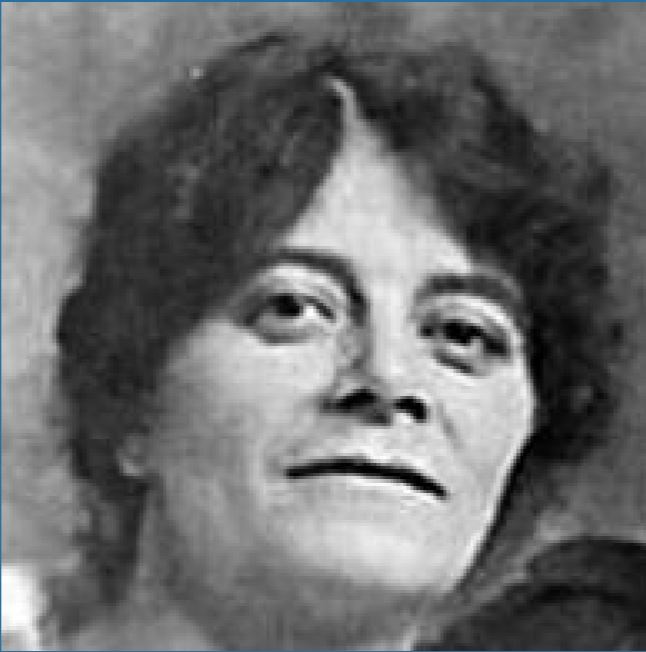 Edith Garrud was a suffragette and jiu-jitsu specialist. Edith and her husband William worked as self-defence instructors, holding classes and demonstrations so suffragettes could learn to defend themselves against police brutality.

Edith ran the 30-member bodyguard to protect the Pankhursts from being arrested. Even though she was only 4’11” she could throw a grown man over her shoulder. Edith also taught suffragettes how to trick their opponents.

Many women complained of being assaulted by police and male bystanders during the Suffragette campaign marches. Women would hide rubber clubs under their skirts and make armour out of cardboard in defence. In 1909, Suffragettes held in Holloway Prison went on hunger strike to protest against their conditions and were force fed. They would often be released then arrested again once their health improved. Their treatment led to a public outcry.

In 1914, Emmeline Pankhurst, founder of the Women’s Social and Political Union, gave a speech from a balcony in Camden Square. When she emerged from the house wearing a veil and escorted by the bodyguard, the police swooped in to arrest her. Following a fierce fight, Emmeline was knocked to the ground and dragged away unconscious. But when the police triumphantly unveiled her, they realised the woman they had arrested was a decoy. The real Emmeline Pankhurst had been smuggled out in the commotion.

In 1907, Edith was featured in the short film Jiu-jitsu Downs the Footpads and in 1911 she choreographed fight scenes for the play What Every Woman Ought to Know. The Garruds continued to teach martial arts until they retired in 1925. Edith Garrud died aged 99 in 1971.

Edith grew up in Islington and there is an Islington Peoples’ Plaque dedicated to her at her former home in Thornhill Square. Inspired by his great-aunt’s activism, Martin Williams helped to found the ground-breaking Lesbian and Gay Switchboard on Caledonian Road in Islington, in 1974.