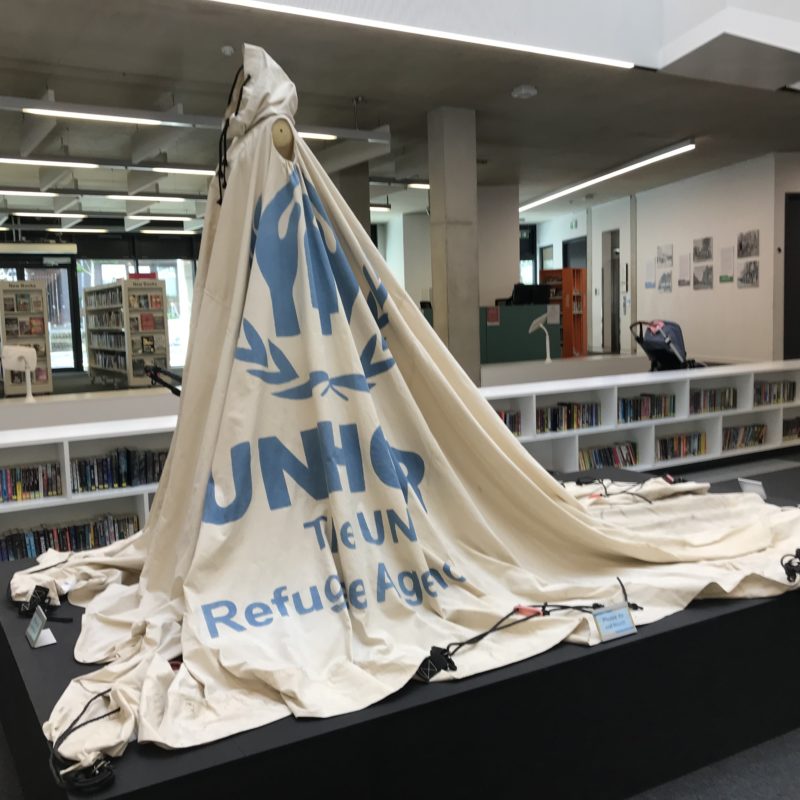 Professor Helen Storey MBE uses the power of fashion to engage with some of the world’s most complex issues.

Helen’s work became activism with Wonderland in 2008 when she created dresses that disappeared. Made from dissolvable plastic, the dresses encouraged viewers to think about how we use plastic and how it affects our planet. Combining science, design and fashion, in 2011 Helen co-created Catalytic Clothing with Professor Tony Ryan, a Polymer chemist from the University of Sheffield, designing hybrid dresses and jeans which helped remove pollution from the air.

Dress for Our Time began in 2015 as an exploration of the impact of climate change on refugees and migration. The Dress is created from the roof of a decommissioned United Nations High Commission for Refugees (UNHCR) refugee tent. The UNHCR emblem is in blue on the dress. The tent once housed a displaced Syrian family of six at Zaatari Refugee Camp in Jordan. First exhibited at St Pancras Station in 2015, the dress was part of the Brent Journey to Justice exhibition at the Willesden Green Library in 2019. 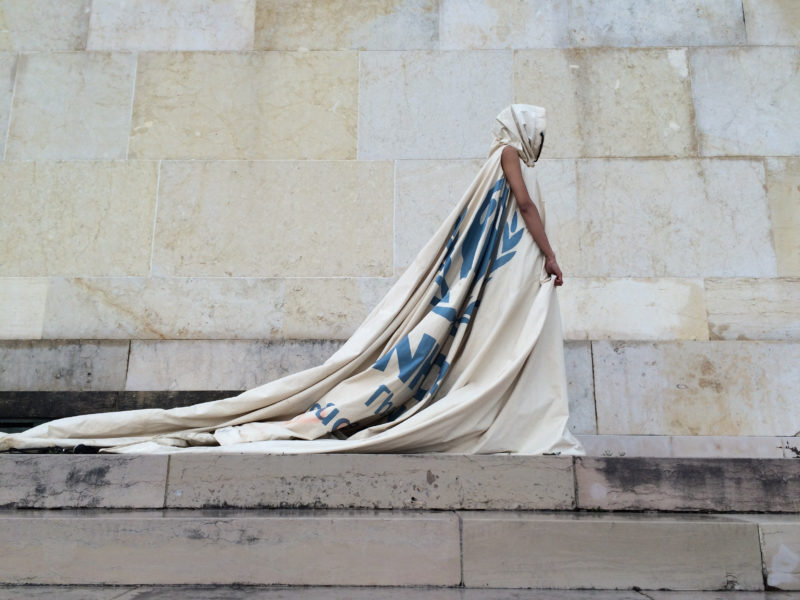 Helen was UNHCR Designer in Residence at Za’atari Refugee Camp in Jordan from 2019 to 2020. In Zaatari, Helen worked with girls and women to create new enterprises and ways of making. Love Coats was a project undertaken by Helen Storey, London College of Fashion and UNHCR. It was delivered in Zaatari refugee camp, Jordan, where the tent that made the Dress comes from.