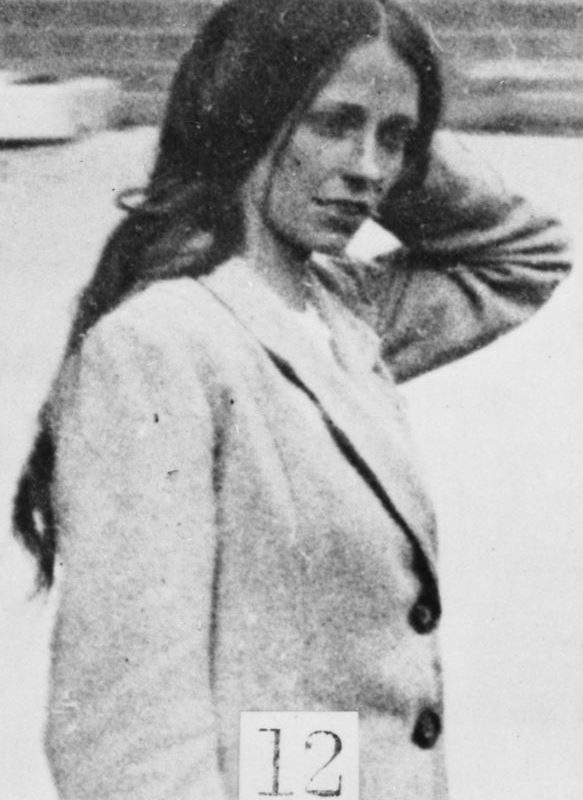 As a child, Lilian Ida Lenton was annoyed by how differently boys and girls were treated. Aged 21, Lilian joined the suffragettes campaigning for women’s right to vote.

She became a militant suffragette, beginning with breaking windows, but quickly becoming one of the first to use arson. She became known to the police as a ‘tiny, wily elusive pimpernel’ due to her skill at evading capture.

Frustrated at the lack of progress towards being granted the vote, the suffragettes used militant tactics. The most high-profile target of Lillian Lenton’s arson attacks was a popular tourist spot, the tea pavilion at Kew Gardens in London. Lilian and her accomplice were caught and arrested at the scene.

Lilian Lenton remained defiant during her time in prison. She damaged her prison cell and went on hunger strike which meant she was force-fed. Arrested suffragettes were often released for short periods to recover their health before being re-arrested. Lenton used these opportunities to escape the police using disguises including dressing as an elderly lady, a delivery boy, and a children’s nurse. In one escape, she fled to France on a private yacht.

Lilian organised suffrage groups in Scotland, and later became Treasurer of the Suffragette Fellowship, formed to keep the suffragette spirit alive. She also worked for a feminist teachers’ organisation campaigning for equal pay and travelled to Russia to help alleviate starvation. Lilian was finally able to vote when women over the age of 21 were granted equal voting rights to men in 1928.

NOTE: We are aware that Lilian Lenton’s activism included violent actions (though no one was hurt) that do not fit with Journey to Justice’s position of nonviolence. However, we decided to include this story because it raises important questions.

When, if ever, is violence justifiable in pursuit of justice and human rights? Can it count as self defence? Does damage to property count as violence? Does the end justify the means? Was Lilian Lenton a freedom fighter or a terrorist?

For anyone involved in campaigning that may involve elements of risk, or being at the receiving end of violence, these questions are important. They also matter when involved in solidarity action with movements whose objectives we support but who may use violent methods.