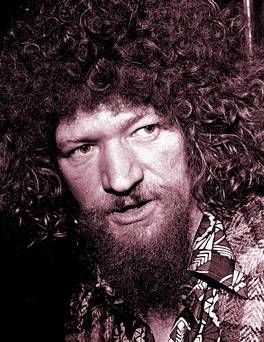 Before he rose to fame as the lead singer of The Dubliners, Luke Kelly was like many young Irishmen who migrated to the West Midlands in search of work in the post-war years.

Aged just 18, he took on a series of jobs he described as ‘cleaning lavatories, windows and railways’. He also worked on a building site, until he was promptly sacked after asking for a pay rise.

It was during his time in Birmingham that Luke’s passion for music and politics grew into a love that would last a lifetime. Encouraged by two active communists he lodged with, Luke learnt to play the banjo, joined a socialist choir, performed at a folk club and attended Marxism classes at Birmingham University

Luke took his music and his political commitment to working and exploited people back to Dublin with him when he returned in 1962 and formed the folk band, The Dubliners, as its lead singer. The Dubliners became internationally famous with a string of chart hits.

Workers’ rights, Irish nationalism and the Traveller community remained close to his heart and were clearly heard in his music. The Rocky Road to Dublin talks about Irish migration to Britain, The Button Pusher carries an anti-nuclear message, The Peat Bog Soldiers is an anti-fascist ballad and Alabama 1958 speaks out in support of US civil rights.

Today, Luke Kelly’s legacy can still be seen in Dublin with two statues that celebrate his music and contributions to Irish culture.