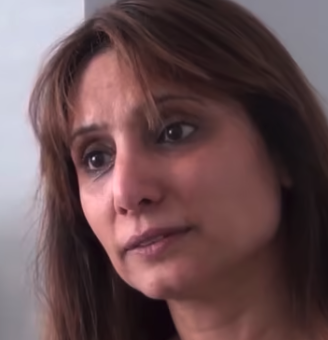 Nasreen Saddique and her family moved to Stratford in 1982 when her dad bought a business there.
The following six years saw Nasreen’s family subjected to constant racist abuse. Night after night they suffered, with no help or support from the police.

Nasreen started writing a diary when she was 12, hoping it could be used as evidence to stop the attacks. But they continued. Nasreen’s story was covered in The Daily Mirror and in various magazines, where she become known as ‘Anne Frank with a telephone’.

The attacks continued, with the perpetrators meeting in the minicab office next door. Newham council offered to move the family, but they refused to leave, saying they wanted the racists dealt with.

Nasreen was still writing her diary when she was 18. The attacks – and so the diary – only ended when the family took the minicab office to court and it was closed down.