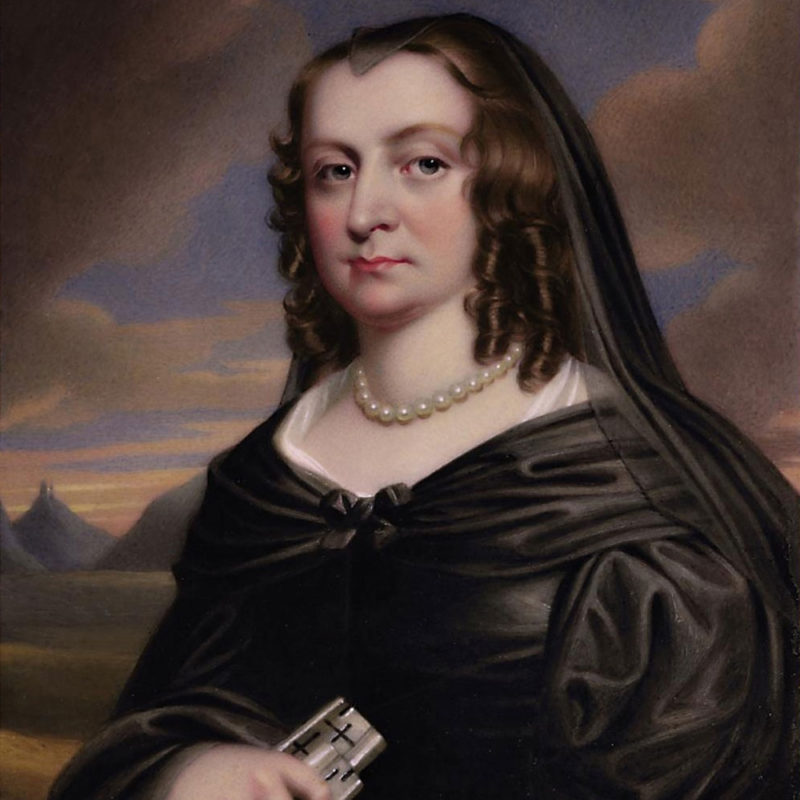 From the Swing Riots in 1830 to the Asda Milk Protests in 2014, Dorset has had a turbulent history of riot, rebellion and protest. When people felt that the law was not listening, they have found different ways to make themselves heard.

Using the language of social media, a group of young volunteers looked at some of the radical people, groups and events in Dorset over the last 500 years. After researching from archives, books and online, the group decided to present their findings in the fictional social media pages of Radbook, reflecting the crucial role that technology has played in recent protests around the world.

Here we present the factual stories as a timeline, in the group’s own words, illustrated with extracts from the fictional Radbook presentation.

Early Dorset saw some very strange protests, from a petition to save a woman from witchcraft accusations to protest poetry about sheep.

Blessed John Cornelius, Catholic priest, was executed in Dorchester after refusing to convert to Protestantism.

Continued protests by Puritans against May Day processions.

Joan Guppy, accused by neighbours of being a witch, petitioned the King.

During the Civil War, the majority of Dorset was Parliamentarian. Dame Mary Bankes declared herself a Royalist and fended off two sieges of Corfe Castle before being betrayed.

Mary, helped by her maidservants and a few soldiers, managed to hold off several hundred attackers …

…until betrayed by one of her own side. She was forced to give up the castle but, due to her bravery, was allowed to keep the keys.

John Toogood was an observer rather than a protester. His diaries recorded food shortages and riots in 18th century Sherborne.

Not all protests were public. Many Dorset locals used smuggling as a way of protesting against high prices from taxes on foreign goods.

Throughout the Napoleonic Wars, coastal Dorset was in constant fear of press gangs forcing local men into the Navy. Mary Way was one of those tragically killed in a shoot out between a press gang and locals in Easton, Portland.

Wolfe and three other officers went on trial at Dorchester Assizes but were acquitted.

Robert Wedderburn was sent to Dorchester Gaol after calling for slaves to be free to kill their masters. His father was a Scottish Jacobite rebel and his mother was his father’s slave. He was born free.

Working conditions and pay in rural Dorset were very poor after the Napoleonic Wars. The Swing Riots (1830) were followed by the Tolpuddle Martyrs (1834). Both groups wanted fairer conditions but protested in different ways.

William John Bankes was exiled from England because of his homosexuality. If he had stayed, he would have risked the death penalty. His legacy is the beautiful Kingston Lacy.

West Dorset experienced two strikes in two years, just before the First World War broke out. One was by women in the rope making factories and the other was by the cement workers of Lyme Regis.

The famous twentieth-century writers of Dorset used their fame and writing to bring about change, from promoting women’s rights to supporting Republicanism in the Spanish Civil War.

With special thanks to all the Radical Dorset volunteers.