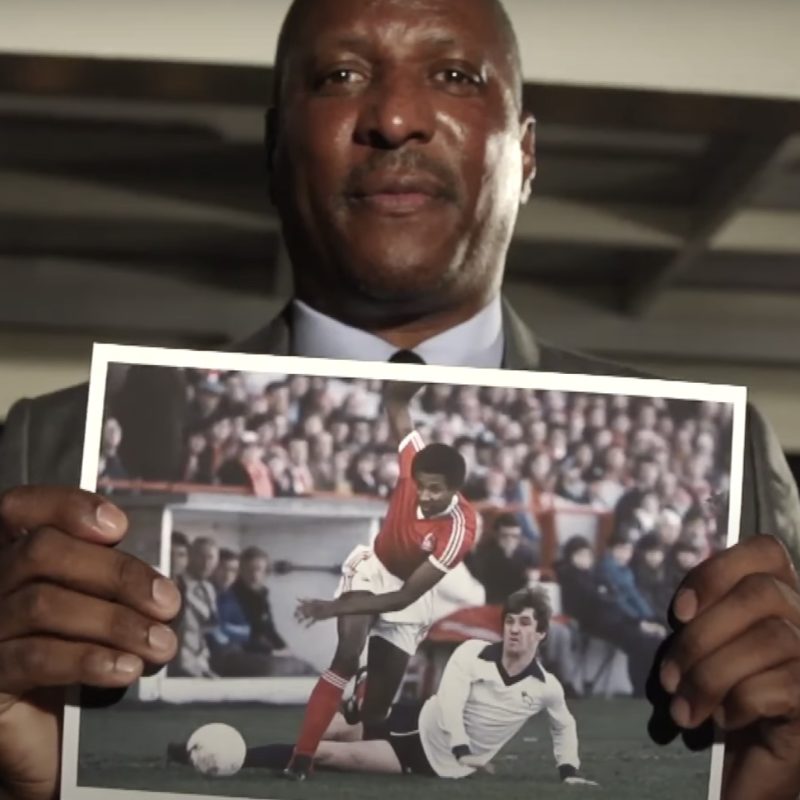 Viv Anderson made history in 1978 when he became the first Black footballer to represent England in a senior international match.

Born and raised in Clifton, Nottingham, he rose through the ranks of Nottingham Forest’s youth programme, making more than 300 appearances for his home team and 30 for his country, and twice winning the European Cup (forerunner to the Champions League).

Despite being at the top of his game, Anderson faced an onslaught of racism from football fans. In the 1970s, the National Front were a regular presence at games and Black players were often subject to racial abuse from the terraces. He recalls the jeers during his second professional game as ‘really vicious… black this, black that’. Some Black footballers even received death threats – one player had a petrol bomb thrown through his front door and another had a bullet sent to him in the post.

Today, Anderson is regarded as a legend of the game who paved the way for future generations of Black footballers. Yet, while racist abuse is now less common in English football, the fight against prejudice continues. This struggle has intensified following the murder of George Floyd in May 2020 and the resulting international Black Lives Matter protests, with players taking the knee before kick-off and pundits, mangers, and players speaking out vocally against racism. Organisations such as Kick It Out are working with clubs and authorities to challenge discrimination, whether from the crowd, on the pitch, or on social media.

Hear Anderson talk about his legacy: